Dimensions Variable (DV) is a nonprofit led by artists committed to the education, presentation, and support of contemporary art in Miami.

We believe the support of contemporary art must be through multiple sources to avoid the pressures of a market on the long and challenging process of experimental art practices. DV functions as a hybrid providing multiple levels of support as a nonprofit, while at the same time working with art markets to place works in notable collections. 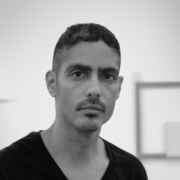 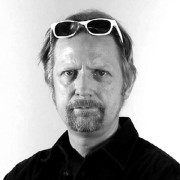 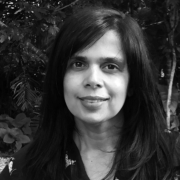 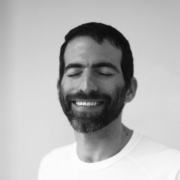 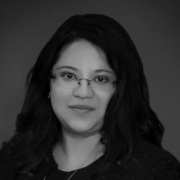 Dimensions Variable (DV) was founded in 2009 by artists Frances Trombly and Leyden Rodriguez-Casanova. After sharing a studio donated by Craig Robins of Dacra in the Miami Design District, Frances and Leyden decided to open an official project space named after a short-lived blog they created a year before called Dimensions Variable. They designated the front area of their studio space as a small gallery and started inviting artists to produce site-specific projects. On September 8, 2009, DV opening its first project—a two-person exhibition titled Build-up with Shane Aslan Selzer and Tom Scicluna.

During our time in the Miami Design District, many projects were presented by Agustina Woodgate, Domingo Castillo, Felecia Chizuko Carlisle, Daniel Milewski, Felice Grodin, Samantha Salzinger, Magnus Sigurdarson, and more. In 2011, DV was awarded a John S. and James L. Knight Foundation, Knight Arts Challenge Grant. The Grant allowed us to collaborate more with other partners like The Fountainhead Residency and Cannonball to bring more international artists to Miami.

In the summer of 2015, once again DV was notified we would be losing our donated space. The Miami World Center development was moving forward and we need to find a new home. This presented a fork in the road for DV. Either we moved to a rented or donated space in the newly gentrifying neighborhood of Little Haiti or we continued to discuss new ways of donating space in already gentrified Downtown Miami. We felt it was important to collaborate with public or private entities to cultivate support for DV through donations. In our case, the donation of space. Luckily, we stirred the interest of Miami Dade College who responded to our proposals by donating a historic gallery on the 3rd floor of the MDC Wolfson Campus in Downtown Miami.

In December 2015, an agreement was reached between DV and MDC securing an 8-year agreement for DV to occupy the historic Centre Gallery space. We were incredibly thankful to Jeremy Mikolajczak, Eduardo J. Padrón, and Alberto Ibargüen for making this historic relationship possible. For most of 2016, we spent it working out details and renovating the new gallery space in MDC. The new space had three studios and a large gallery with new lighting and extended ceilings. That December of 2016 we opening with a group exhibition called The Rest is History including the work of Margrethe Aanestad, Juan Pablo Garza, Jacin Giordano, Sabrina Gschwandtner, Ariel Orozco, Aurora Passero, Kerry Phillips, Leyden Rodríguez-Casanova, Robert Thiele, Cullen Washington Jr. and more.

On February 2017 DV opened an amazing sight specific project by Bogotá Colombia based artist Leyla Cárdenas. Her project and Grand Opening event were well attended as we celebrated the new DV home and partnership with MDC. Throughout that year we supported a solo project by locally based Jamaican born artist Jamilah Sabur, Brazilian artists Berna Reale, collaborated with the students of the college, and ended the year with a group show called A Thread of Execution featuring the work of Indira Allegra, Samantha Bittman, Julia Bland, Diedrick Brackens, Pip Brant, Moira Holohan, Laura Marsh, Elaine Reichek, Carrie Sieh, Frances Trombly, and Margo Wolowiec.

Unfortunately, the vision and innovation necessary to collaborate on a project like DV were not present at MDC and a short year later, the college canceled our contract. This was the hardest obstacle DV had ever been presented with. All our hard work for almost two years was destroyed in a few days.  It was emotional. After some soul searching, we decided to press on. However, we were not alone, The Knight Foundation stepped up to help us grow and continue on.

In 2019 DV will celebrate its 10th Anniversary and open a new space in Little Haiti made possible by our supporters and the vision of The John S. and James L. Knight Foundation. We look forward to welcoming everyone to our new space.