For her solo project at Dimensions Variable (DV), artist Charo Oquet will be creating an installation of recent work in our main gallery that will be activated by two performances and a conversation.

Although its production began in late 2018, This project has been in gestation since 2011, when the research for this work started. This project melds installation, ceramic, and movement with voices that addresses critical issues of contemporary Dominican immigrant and queer culture to explore issues of immigration and social injustices reflecting the current cultural, social, and political realities and the tenuous line between memory, and reality through narratives that unfold within a landscape.

Enter Sacred Grounds explores concepts of sacred spaces and spiritual encounters. It creates an ambiguous and safe space where fictional and functional dimensions are blended, creating a third territory of language. The installation will include works that imply that they are markers of energy that have become the conduits of energy. Like chakra stones that mark the radiation of energy within the earth or the body. It includes pieces from research into the origins of magic writing such as veves and the endeavor to unite abstraction with mythical concepts. It will highlight the multidimensional character of rituals and politics. 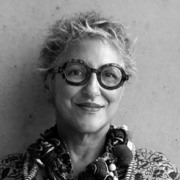 Charo Oquet is an artist, organizer, cultural producer, curator and founder of Edge Zones, Zones Art Fair and The Miami Performance Festival. Oquet’s art practice moves beyond the bounds of the studio, gallery and institution and extends into the realm of the social, where she explores systems of movement and migration, assimilation and resistance. With her work, the artist seeks to “engage with issues and contexts that affect Afro-Caribbean people both in their native countries as well as in the USA. Oquet works in a range of media: performance, installation, video, photography, paintings, sculpture and printmaking. The thread that connects her work is an engagement with social questions confronting decolonizing narratives, migration and aesthetics and a desire to push formal and conceptual boundaries while challenging stereotypes of African Americans. She has produced a wide-ranging body of work across multiple media