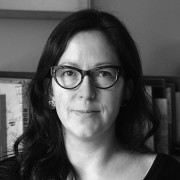 Leyla Cárdenas (born 1975, Bogotá, Colombia) Received her BA in Fine Arts from Los Andes University and her MFA from the University of California Los Angeles (UCLA).

Cárdenas installation, sculpture, mixed-media work delves into urban ruins and cities landscapes as indications of social transformation, loss and historical memory. Remains, fragments, discarded structures, are used as material for her work, with a sculptural strategy that is as much destructive as constructive.

Recent projects: In 2019 she was awarded the CIFO Award, in 2018 she was part of the Cuenca Biennial in Ecuador. In 2017, her work Excisión was part of the show Home, so different, so appealing that was exhibited at the Museum of the Los Angeles County (LACMA) as part of the Pacific Standard Time project: LA / LA of the Getty and in the Museum of Fine Arts of Houston (MFAH). Also in 2017 she participated in the California Pacific Triennial at OCMA (Orange County Museum of Art).

Recent awards and commissions include: Cifo Award 2019, Oma Art Prize 2016, Artist in residency at Bellas Artes Projects – Phillipines, Artist in residency at Q21Museums Quartier Wien-Austria 2016, NEARCH-Art and Archeology “The Materiality of the Invisible” residency at the Jan Van Eyck Academie -Maastricht, 2015-17. Winner of the 2012 Biennial Award of Bogotá, selected for LARA (Latin American Roaming Art) a project of Asiaciti Trust 2012. She was selected to participate in a workshop with Mona Hatoum at Fundación Marcelo Botin-Spain 2010, and also she was an Associate Artist-in- Residence at the Atlantic Center for the Arts (ACA) in 2007. Winner of the Grand Prize MOLAA Awards 2008-Museum of Latin American Art, CA.

Cárdenas work can be found in public and private collections in Colombia, South America , Europe and throughout the States.