By Tom Austin, Special to the Herald 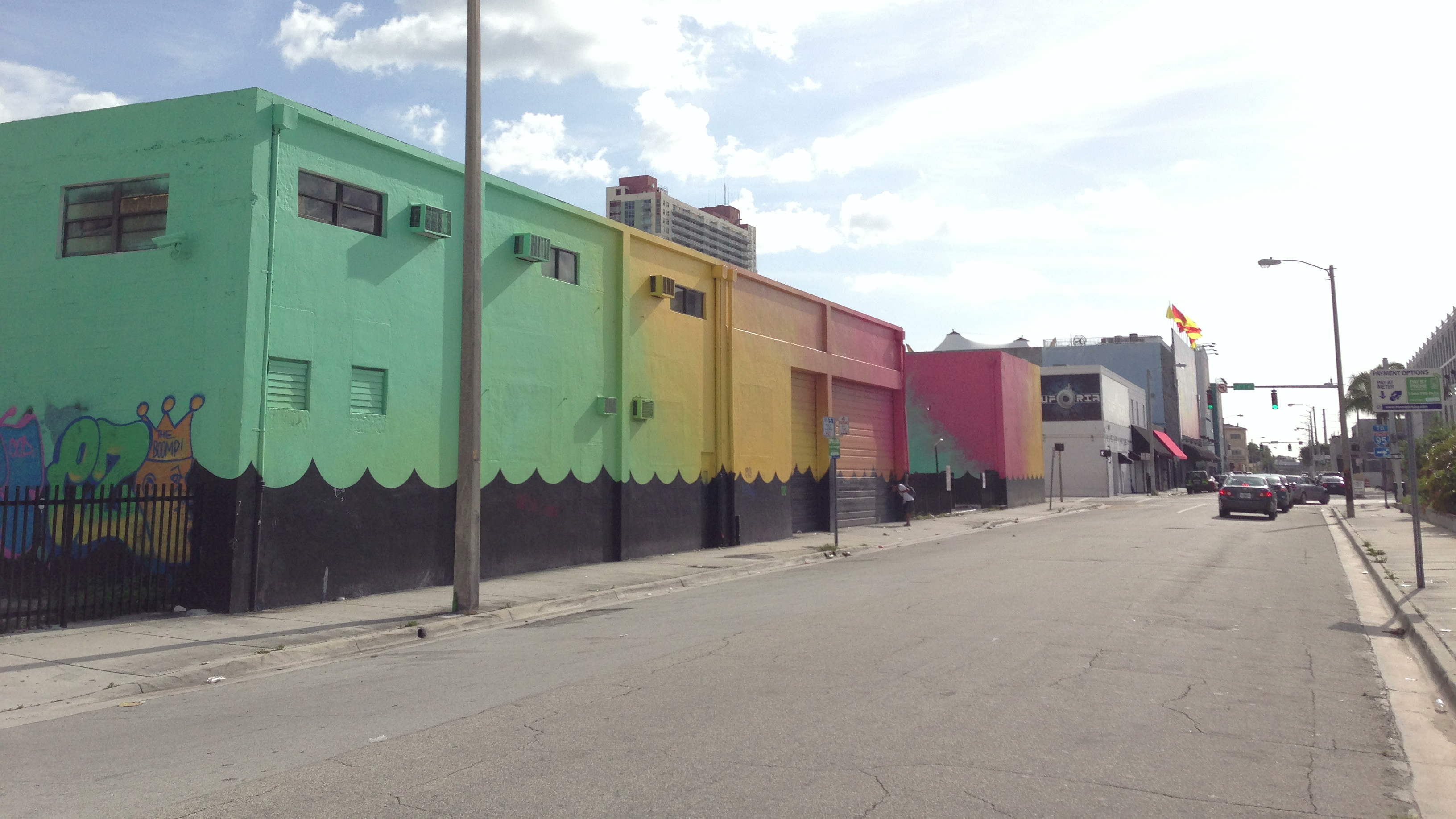 Downtown Miami is embracing the redevelopment model that helped changed South Beach, the Design District and Wynwood: Offer working spaces for artists at little or no rent, and eventually, more profitable tenants will follow.

The lease arrangement for DWNTWN ArtHouse was helped by the Miami Downtown Development Authority, which has been serving as a link between artists and property owners: the DDA also publishes an Arts & Culture Guide, and recently threw down the gauntlet of culture with a weekend of exhibitions and performances celebrating “DWNTWN Art Days” early in September. (Updated information on downtown Miami art activities is available at www.dwntwnartdays.com)

Already, DWNTWN ArtHouse is home to a solid clutch of established artists. Dimensions Variable — an artist-run exhibition space operated by Frances Trombly, Leyden Rodriguez-Casanova and Adler Guerrier and formerly in the Design District — is situated amid the old sales area of Captain Harry’s. DWNTWN ArtHouse also contains Turn-Based Press, a print-making facility run by Kathleen Hudspeth and Thom Wheeler Castillo, as well as the studios of the TM Sisters, two sisters noted for their performance art. The artist couple Naomi Fisher and Jim Drain, long associated with the Design District, are on the premises as well.

This new art space is one more sign that the downtown arts scene is kicking into high gear. Long-standing spaces such as the Legal Art studio/exhibition space (figurative painter Christian Curiel will be in residence in November) have been joined by McCormick Place, a combination gallery, studio and event space. Miami-Dade College has refocused its Freedom Tower gallery to include design and renamed it the MDC Museum of Art + Design at Miami-Dade College. Overtown Music Project, which recently hosted Jazz (and a Little bit of Blues) at Jackson Soul Food, is planning more concerts and events in the neighborhood. And in late 2013, Miami Art Museum will move to its new Herzog & de Meuron building in Museum Park. For its first exhibition at DWNTWN ArtHouse, Dimensions Variable – which is open by appointment — is presenting A Rake’s Progress, by the British artist Julie Hill. The concept is a modern spin on an 18th century satirical series of paintings by the same name by William Hogarth telling the story of a degenerate who squanders his fortune and winds up in the loony bin.

Hill’s painfully relevant exhibition about ambition and waste, commerce and its disruptions, is ideally suited to the DWNTWN ArtHouse space. The rough and raw space still looks like Captain Harry’s left an hour ago: sales offices have cheesecake posters from suppliers and signs like “Whether I’m right or wrong, I’m still the captain.”

On the dirty linoleum floor are scattered letters offering credit cards and slogans that promise moneyed bliss: “You are richer than you think….The future is yours…” A display of mock credit card bills charts the perils of hubris, with charges from Louis Vuitton and the “Girls from Paradise” escort service, followed by the inevitable letters demanding payment. Even at 30, Hill has a certain historical perspective, “Even though we don’t have debtor’s prisons anymore, not much has changed since Hogarth’s day, has it?” The new energy is spinning off the 10-year-old CIFO Art Space, founded by Ella Fontanals-Cisneros and run by the Cisneros Fontanals Art Foundation.

CIFO is presenting Not Me: Subject to Change, the 2012 CIFO Grants and Commissions program exhibition, drawn from the institution’s annual commission of work by Latin American artists. The title Not Me refers to the theory of “not-me’’ transition, conceived by the late 20th century British psychoanalyst Donald Winnicott — the idea that we all move from the delusion of our bodies as master of the universe to a world of shared experiences, fraught with disillusionment. The eight artists in Not Me all refer to the body in some way. Francisca Aninat, a Chilean artist who has shown at the SAC Gallery in New York, contributes a painted canvas quilt ( Untitled N. 4, from the series from South America, 2012). After painting scraps of canvas, Aninat has patients in hospital waiting rooms sew the pieces together.

Julieta Aranda, a Mexican artist who has exhibited at the Venice Biennial, presents Tools for Infinite Monkeys: A striking practical example (and surreptitiously vanished), a 2012 piece drawn from the famed scientific experiment of giving monkeys typewriters and seeing if they could produce a coherent text: the installation charts the text patterns created by lab monkeys, who are partial to the letter “S.”
Tamar Guimaraes, a Brazilian who has been featured in the Sao Paulo Biennale, contributes Silence, 2012, an acetate record endlessly playing the recorded phrase Silence, Please,” from French film sets. The
Argentinian Marisa Rubio, who works with fictitious personas, contributes a video work, Project CS: her character Clara S. 1 sees a real-life psychiatrist, while Clara S. 2 becomes a Latin star, Rubio expertly channeling the Kabuki-sexuality of music videos. Glexis Novoa, a Cuba-born artist who lives in Miami, presents Specific Obstacles, 2012, an archeological recreation of a space in Houston with graphite wall drawings.

Marta Maria Perez Bravo of Cuba has created a video installation ( Tangible Apparitions, 2012), with a video image of her own hand, cast in ice. Bravo rubs the ice hand down to nothingness, with the video
itself projected on a block of slowly melting ice. Fragments for Human Hands X by the Mexico City-based Eduardo Abaroam, who has exhibited at LA MoCA, is whimsical Rube Goldberg-style sculpture pieced together from objects that are touched by human hands: a lawnmower handle might be attached to a hockey stick or a ship’s wheel.

A standout in Not Me comes from Daniela Ortiz, a Peruvian artist: her installation, Distinction 2012, examines the American penchant for hiring private security companies to do its dirty work, as with
Afghanistan, privatized prisons, and the nasty business of detaining and deporting illegal aliens. Ortiz has done some reporting for her work and one long shelf in the installation contains stacks of internal United States government documents. Originally, the installation was intended to have engraved marble floor plates bearing such real-life proclamations as “The citizens of the United States proudly recognize the Akal Security Company…” Because of the controversial nature of Ortiz’s work, the shipping company in Peru refused to deliver to Miami the marble plates Ortiz had ordered.

Ortiz, who comes from a wealthy Peruvian family and now lives in Spain, has raised some eyebrows in her
homeland with the artist’s book 97 House Maids. 97 House Maids is a collection of Facebook photos, with
maids holding privileged children in the background of each family portrait.
At CIFO recently, Ortiz pointed to one image from the book and underscored her point: “I grew up with
the dude in this photo. He’s a real ass…”

Locals are doing it for themselves
Scroll to top