Dimensions Variable launches Offset.Aura, a project by Yann Novak. As part of our new digital initiative, we’re focusing on artwork that conceptually engages with the internet, social media, and digital space. These tools have changed society as we know it, we want to encourage and support experimentation in this space as a serious place for contemporary art experiences.

Offset.Aura is a web-based artwork that continues Yann Novak’s investigation into sound and light’s capacity to focus our awareness. In all his works, Novak prioritizes the felt presence of direct experience.

Taking the form of a website and set of videos, Offset.Aura explores the visual and perceptual phenomenon produced through the combination of complementary colors. The work compels observation through its slow shift in colors, simultaneously allowing the phenomenon to unfold. The illusions produced by the different color pairings oscillates between harmonious and conflicting. The accompanying synthesized sound bridges these binaries, setting a tone for the experience. 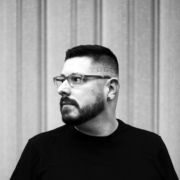 Yann Novak is a queer interdisciplinary artist and composer based in Los Angeles. His work is guided by his interests in perception, context, movement, and the felt presence of direct experience. Through the use of sound and light, Novak explores how these intangible materials can act as catalysts to focus our awareness on our present location in space and time. Novak’s diverse body of works—audiovisual installations, performances, architectural interventions, sound diffusions, recording, and prints—ask participants to reclaim the present moment as a political act.

Novak is a recipient of a 2019 California Community Foundation Fellowship for Visual Artists. He has participated in numerous artists residencies including EMS Elektronmusikstudion, Stockholm; Jental Artist Residency, Sharidan, Wyoming; Melbourne Electronic Sound Studio, Melbourne; Mountain School of Arts, Los Angeles; Taliesin Artist Residency, Spring Green, Wisconsin; and the Touch Mentorship Programme, London, among others. Novak’s work has been the subject of articles and reviews in publications including C Magazine, Drain Magazine, Inside Art, LA Weekly, Los Angeles Times, Neural Magazine, Signal to Noise, The Stranger, and The Wire, among others.