Dimensions Variable launches Get Well Soon, a project by Sam Lavigne and Tega Brain. As part of our new digital initiative, we want to focus on work that conceptually engages with the internet, social media, and all the elements of our current state of technology and how they affect social dynamics. In this case, crowdfunding culture, healthcare or the lack of it, and social engagement.

Get Well Soon is a massive e-card comprised of over 200,000 unique messages of well wishes. The messages are sourced from the popular crowdfunding site gofundme.com, a self-described “leader in online medical fundraising”, which, due to lack of affordable healthcare in the United States is widely relied upon for funding vital medical procedures.

As we find ourselves in the middle of a global pandemic that has claimed the lives of so many people globally, this work provides many layers to unpack. The United States is unraveling under the pressure of something we’ve never seen before. A force that doesn’t care about politics, the economy, or geographic borders. This virus is exposing not only the faults in what we thought was a first world country but some positive aspects of technology and community.

In the void left by an inadequate healthcare system, people have had to figure out how to help each other. As massive unemployment rises and infections spike in many areas around the country, the insanity of citizens crowdfunding for their lives becomes ever more depressing. Nothing seems to be more dystopic.

Get Well Soon was commissioned earlier in 2020 as part of the online exhibit We=Link, co-commissioned by Chronus Art Center (Shanghai), Art Center Nabi (Seoul), and Rhizome of the New Museum (New York). 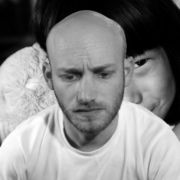 Sam Lavigne is an artist and educator whose work deals with data, surveillance, cops, natural language processing, and automation. He has exhibited work at Lincoln Center, SFMOMA, Pioneer Works, DIS, Ars Electronica, The New Museum, the Smithsonian American Art Museum, and his work has been covered in the New Yorker, the Washington Post, the Guardian, Motherboard, Wired, The Atlantic, Forbes, NPR, the San Francisco Chronicle, the World Almanac, the Ellen Degeneres Show and elsewhere.

He has taught at ITP/NYU, The New School, and the School for Poetic Computation, and was formerly Magic Grant fellow at the Brown Institute at Columbia University, and Special Projects editor at the New Inquiry Magazine. He is currently an Assistant Professor in the Department of Design at UT Austin. 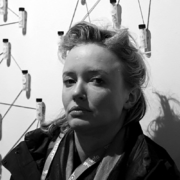 Tega Brain is an Australian-born artist and environmental engineer whose work examines issues of ecology, data systems and infrastructure. She has created wireless networks that respond to natural phenomena, systems for obfuscating fitness data, and an online smell-based dating service.

She has recently exhibited at the Guangzhou Triennial, the Haus der Kulturen der Welt in Berlin, the New Museum, NYC and the Science Gallery in Dublin. Her work has been widely discussed in the press including in the New York Times, Art in America, The Atlantic, NPR, Al Jazeera and The Guardian and in art and technology blogs like the Creators Project and Creative Applications. She has given talks and workshops at museums and festivals like EYEO, TedxSydney and the Sonar Festival.

Tega is an Assistant Professor of Integrated Digital Media, New York University. She works with the Processing Foundation on the Learning to Teach conference series and p5js project. She has been awarded residencies and fellowships at Data & Society, Eyebeam, GASP Public Art Park, the Environmental Health Clinic and the Australia Council for the Arts.