Join us on Wednesday, August 26, at 7 pm for a live conversation on Facebook and Youtube around Things Were Never the Same Before—Erin Thurlow. We will be live with Erin Thurlow, Meaghan Kent, and Tom Scicluna. Moderated by Leyden Rodriguez-Casanova.

As Things Were Never the Same Before comes down, we will discuss current events and ideas around what’s happening with all of us, in the world, and with the work in the show. 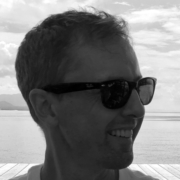 Erin Thurlow is an artist and writer based in Miami, FL. He has exhibited his work in the United States, Canada and Europe. Some exhibitions of note include shows at Yerba Buena Center for the Arts (San Francisco), Mercer Union (Toronto) and Smackmellon(Brooklyn). He has received grants and other funding from Joan Mitchel Foundation, the N.E.A., Ontario Arts Council and Toronto Arts Council. He has held fellowships at several residencies including Banff Center (Alberta) and the Atlantic Center for the Arts (FL). He worked as the Reviews Editor for the Miami Rail. 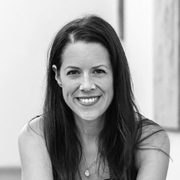 Meaghan Kent is the Curator of Exhibitions at the Art and Culture Center/Hollywood in Florida. She is the Founder of Site95, an organization that holds exhibitions in available spaces including, Locust Projects, Abrons Arts Center, and public outdoor spaces in Miami and New York. Kent was also a gallery director for the past fifteen years where she managed the careers of internationally emerging and established artists and coordinated exhibitions locally and worldwide. She co-founded Páramo in Guadalajara, Mexico and directed off-site projects at The Mistake Room in Los Angeles, Casa Pedregal in Mexico City, and El Museo de los Pintores Oaxaqueños in Oaxaca. Prior to Páramo, she worked at Casey Kaplan, Andrea Rosen Gallery, and I-20 in New York. Kent completed her MA in art history at George Washington University, Washington, DC and her BA at the College of Santa Fe, New Mexico. She was a participant of Independent Curators International (ICI) Intensive in 2012 and the 2016 Liverpool Biennial Associate Artists Programme. Kent has written for several publications including Site95 Journal, ArtHaps, and Art in America. Exhibitions have been reviewed in Frieze, The Washington Post, Washington City Paper, Gallery Monthly, The Miami Herald, and The New York Times. 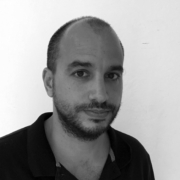 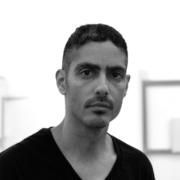 Leyden Rodriguez-Casanova (b. 1973 Havana, Cuba) is an Artist, Curator, Co-founder and Executive Director of Dimensions Variable (DV) and Fulano Inc. His work has been exhibited widely at Sculpture Center, Socrates Sculpture Park, Abrons Arts Center and White Box in New York; Museo de Bellas Artes and Factoria Habana in Havana, Cuba; ZONA MACO Arte Contemporaneo in Mexico City, Mexico; Capri Palace and Villa Lena in Italy; Prosjektrom Normanns in Stavanger, Norway; PAMM, Frost Museum, The Bass, MOCA, DV and Locust Projects in Miami. His work is in many public and private collections around the world and institutions like PAMM, Frost Museum, Cintas Foundation, and The Bass. He has been written about in the New York Times, The Miami Herald, Art Nexus, Arte al Dia, Artforum, Artsy, Sculpture Magazine, Hyperallergic, The Miami Rail, and Miami Magazine. Since founding DV in 2009, he has organized and curated many projects by local and international emerging artists.